Since my last post in May, I have been traveling and busy making art. I spent much of the summer in Northern Michigan teaching at Interlochen Center for the Arts. In June I drove westward and stopped in Detroit. My main destination was the Detroit Institute of the Arts. A sunny day added to the allure of the visit. I found many folks out on the front lawn of the museum catching rays as they faced Woodward Avenue. The Institute houses Diego Rivera’s installation of murals titled Detroit Industry. The murals portray Ford’s assembly line and chronicles mankind’s advances and struggles with science and technology. 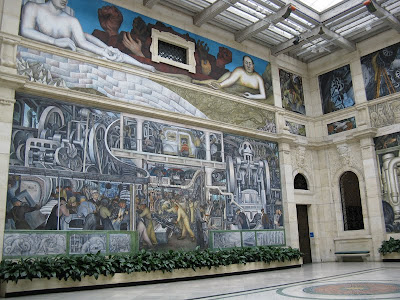 Diego Rivera, Detroit Industry (Detail), 1932-33
The Rivera murals occupied a whole court yard of the museum and are stunning to see. As it turned out I was equally impressed with the rest of the museum. When I arrived in Detroit I had low expectations given the press the city has gotten in recent years. However, I left the museum feeling that its collection is on equal footing with the best museums in the country and that the city will have better days ahead. The museum’s $158 million expansion project (completed in 2007) is partly responsible for this feeling but the collection, the curatorial work, and the staffs helpfulness sealed the deal for me.
The Institute has a particular diverse and strong collection of contemporary art including a special emphasis on art made by African Americans. Below are three more samples from the Detroit Institute. 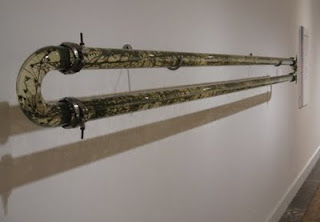 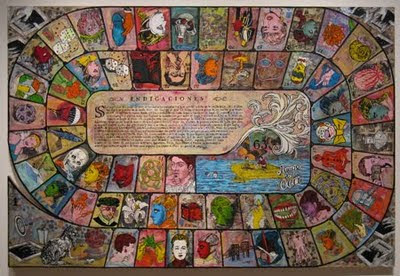 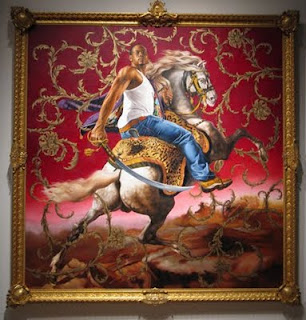 Kehinde Wiley, Officer of the Hussars, 2007
Beyond this excursion off the beaten path I spent most of the summer in a relatively rural spot in Northern Michigan not far from Lake Michigan and Sleeping Bear Dunes National Park. Reflecting upon this veritable isolation from urban life I produced a (seen below)drawing titled Off the Grid. 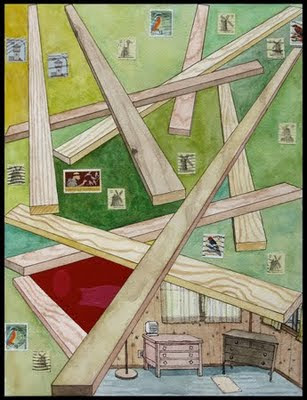 Kip Deeds, Off The Grid, 2009
FacebookTweetEmail